Raising any child is difficult to do well. But if your child is autistic and you are not, you may find it even harder to understand their thought processes and behaviours. As well as doing good things that help your child, it is also important to know what to avoid doing to ensure that you do not hurt or damage them. This resource sets put some of the things to avoid doing because they may well cause damage to an autistic child, however well-intentioned they are. 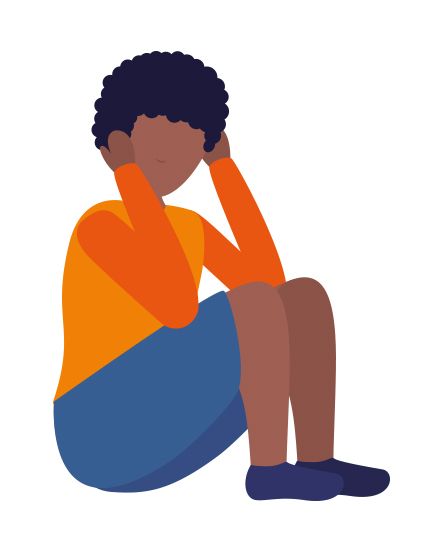 Let them think that autism is bad

Autistic people are not better or worse than neurotypical people, they are just different. Unfortunately, a lack of understanding and education about autism combined with the perpetuation of some harmful myths means that autism is often seen as a damaging disease that renders children out of control and wrecks families. This is simply not true, and letting a young, impressionable child hear these things can do them a huge amount of harm.

It is very easy to be negative about anything if we want to, and even easier to be negative about things that are different and we do not understand. This is the basis of much of the prejudice that still does so much harm in society. Fortunately, we now see that bringing up children to think that there is something wrong with being their gender or race is abhorrent, but there is still some way to go in removing the damaging stigma around autism.

Autism is not a sickness or disability, though it can feel like a disability because autistic people have to live in a world that is not designed for them. But it should never be presented to a child as a problem or disadvantage, just a difference in the same way that some children are taller than others and some can run faster than their friends.

If a child hears repeatedly at a young age that there is something wrong with them, it will become deeply ingrained in their thinking and could cause them significant harm going forward. There is absolutely nothing wrong with being autistic, just like there is nothing wrong with having red hair or not being able to sing in tune. It is just another difference, and it is our differences that makes humanity so wonderful. 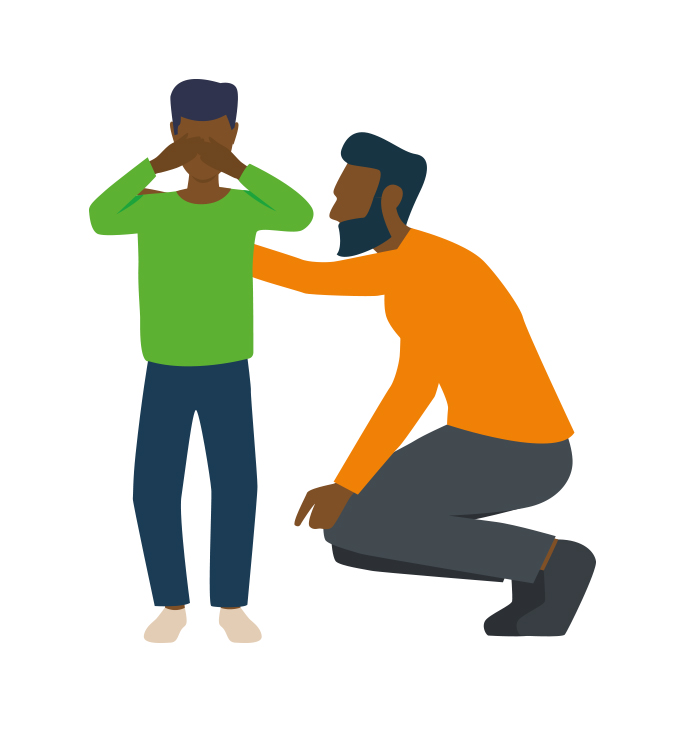 Try to “cure” them

Coupled with the damaging and incorrect view that autism is a problem is the desire of some to cure autism and to try to make autistic children “more normal”.

As soon as someone tells you that you need to be cured or change the way you are, you are likely to immediately think that there must be something wrong with you unless you are a very strong character. A young child is unlikely to have this strength and be secure enough in their identity to reject this view.

Trying to cure someone from being different is offensive and devaluing to them and others like them and sends them damaging negative messages that there is something wrong with being who they are.

Similarly, trying to get an autistic child to behave more like other children instead of being themselves is telling them that they are not good enough. This is not the same as teaching your autistic child the basics of general good behaviour, which of course all parents should try to do. It is about trying to teach your child to stop doing things in their own way which is hurting nobody and just seems different.

One good example is the practice of stimming. Stimming is short for self-stimulation, meaning the little habits many autistic people have to stimulate their senses and calm themselves when stressed. For example, some autistic children may stim by flapping their hands, tapping their foot or repeating a word they have recently heard over and over again. None of these actually hurts or causes problems for anybody, yet too often autistic children can be encouraged not to stim or, even worse, punished for doing so just because it can look strange or is not understood. Stopping an autistic child from stimming will almost certainly increase their stress levels and cause them further distress.

In a wider sense, many autistic people spend much of their lives masking – pretending to be a neurotypical person instead of being their true selves. Spending much of your life playing a part is both exhausting and damaging to your mental health, so autistic children should be encouraged to be their true selves from an early age. 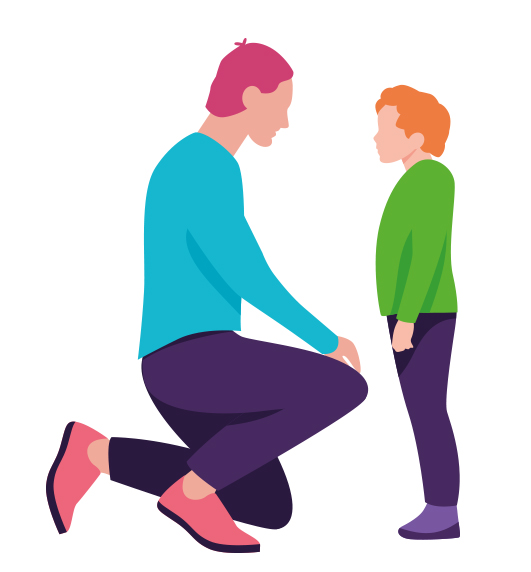 Blame every problem on their autism

Autistic children have personalities, strengths, weaknesses and preferences just like everyone else. Not every problem in an autistic child’s life and every decision they make is driven by or caused by their autism.

Remember, all children have preferences and different sides to their personalities. Autistic children are no different. Yes, autism is a factor, sometimes a large factor in many aspects of how they are and who they are, but it is not an easy catch all for anything about them that does not make sense to others. It is also easy to give a child a very negative view of their autism by blaming it for any and all problems and difficulties, especially as people are often much slower to recognise autism as one of the potential reasons for special strengths and abilities. As discussed earlier, this belief can do huge damage to an autistic child’s confidence and self-belief. 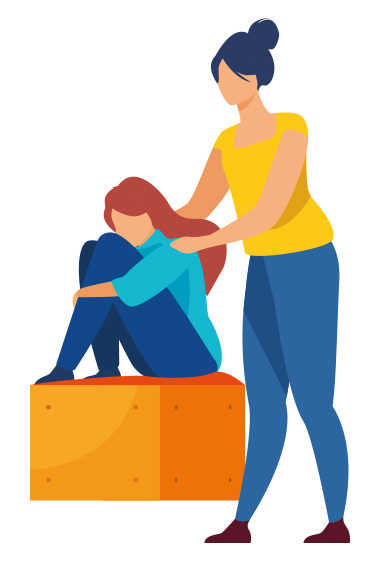 Punish them for stimming or meltdowns

Autistic children stim to manage their situation and stress, as discussed earlier. They have little or no choice but to do so, so punishing them for this can do them huge damage, in a similar way to how some children were damaged in the past by being punished for being left-handed. Unfortunately, autistic children are still being punished for stimming, even though it does no harm to others and much good to them.

Meltdowns are when an autistic person completely loses control of themselves due to their senses becoming overloaded. They simply cannot cope any longer and so shut down. This can mean them becoming totally unresponsive for a period or breaking down in tears or cries wherever they happen to be. Unfortunately, sometimes this behaviour can be mistaken for a temper tantrum by people who do not understand autism.

No autistic person chooses to meltdown or to stay in a meltdown for any longer than necessary. Punishing a child for having a meltdown is much the same as punishing them for crying when hurt – it is their automatic response to the situation they are in and punishing them for being themselves will just cause them huge stress and anxiety going forward.

Rather than punishing them, first keep them safe, help them to recover (meltdowns are exhausting) and then try to work with them to identify what may have caused the meltdown so that you can help them to try and avoid similar circumstances in the future. You may also need to protect them from unhelpful and critical comments from others who do not understand. 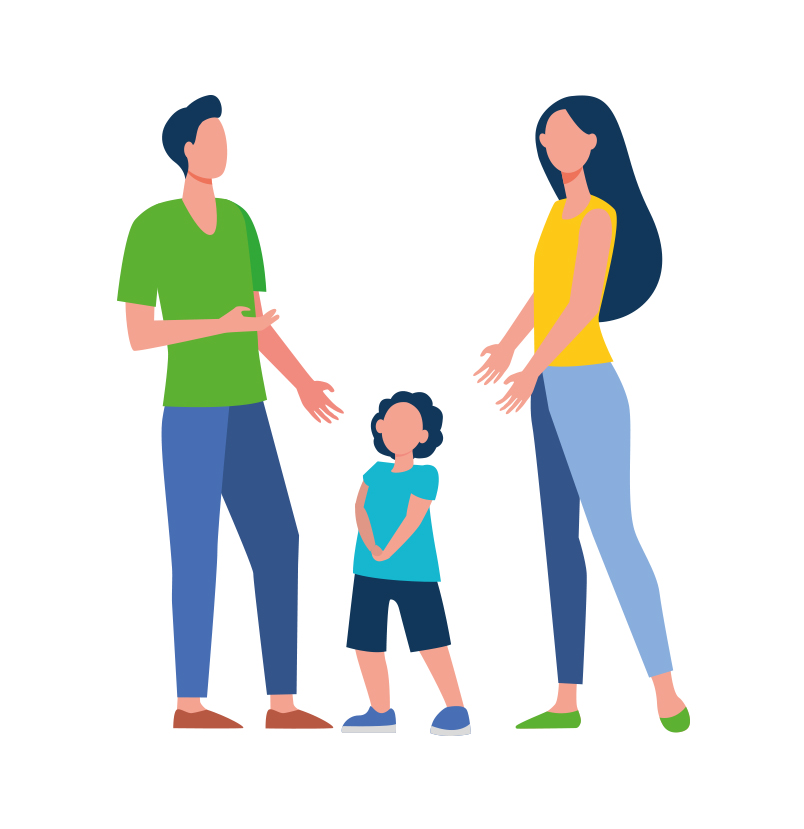 Pretend they can’t hear you talking about them

For many years, anyone disabled or at all different regularly suffered the indignity of people talking to others about them in their presence as if they could not hear or speak for themselves. Asking the companion of someone in a wheelchair if they take sugar in their tea is a classic example.

It is very easy to fall into the habit of treating an autistic child like this. It is perfectly normal and indeed helpful to talk about them and seek support from professionals and other parents of autistic children as well as your friends and family, but remember that if your child can hear what you are saying, it could damage their view of themselves. Just because they are not reacting to what you are saying and do not appear to be listening does not mean that they cannot hear you. Similarly, they are also likely to spot you having whispered conversations about them with them present, and at best this will make them anxious, as it would anybody.

Autism has a very negative reputation, primarily due to a widespread lack of understanding of what is actually means in practice. While it can and does bring problems, it can and does also bring many positives that are too seldom recognised and appreciated.

We are all fragile, and autistic children who have found life hard may be even more so. It is vital that they are not exposed to negative messages about who they are, be they overt or subtle. The basic test, therefore, in determining how to avoid damaging an autistic child is to remember that they are a person as well as autistic, and to treat them with positivity, respect and love. 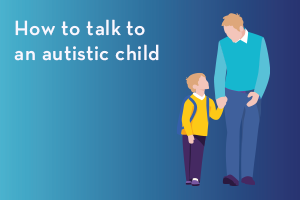 How to talk to an autistic child

This resource provides ideas for how to tailor our communications when talking to autistic children. 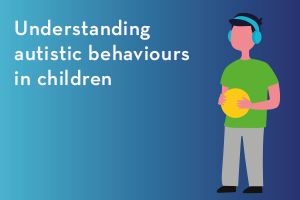 This resource will help you identify and understand autistic behaviours in children, and provide suggestions for approaches to these behaviours. 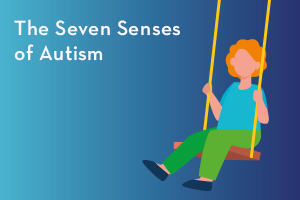