One topic we get asked about a lot is to do with how to help my autistic child communicate. So, in this article we have pulled together some of our top tips on ways in which they might choose to express themselves and how to interact with an autistic child. 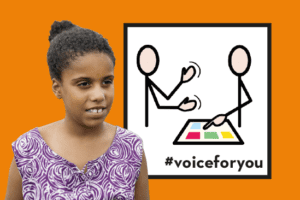 Understanding communication in an autistic person

Communication is what happens when one person sends a message to another person, either verbally or by non-verbal means. If two people communicate with each other and respond to the other persons communication then this is classed as interaction.

A lot of people who have been diagnosed as being on the autism spectrum, seem to have difficulty in interacting with other people. They may struggle with actually initiating interaction, with responding to others in the correct way, or even being sociable in general. This can make family life, school life and social occasions very difficult for them.

Many people who are not on the autism spectrum seem to be able to communicate and interact with most people naturally, but struggle to do so with autistic people. Knowing a bit more about how they may behave and how to react to their different behaviours may help:

They are not paying attention to what you are saying:

They are struggling to process what I am saying:

There are other ways that your autistic child may choose to communicate as well, such as:

Some autistic children have been known to be delayed in their use of language, and may not have developed speech even when they become adults. In cases like these, other methods of communication need to be used. If the child, or adult, does not respond to you when you are talking to them or make any attempt to communicate then you may need to use non-verbal communication such as:

There are four stages of communication, according to The Hanen Programme, and the stage that your child has reached will depend on:

The communication they use may be:

The four stages of communication, therefore, are:

The child realises that their actions have an impact on other people, and start to communicate their wants by pulling others towards things

Interactions become intentional and increase in length. They may start to use echolalia to communicate their needs. They may use gestures such as pointing to show you what they want and also begin to shift their gaze in order to encourage interaction.

The child is using speech and can carry out a simple conversation. They may be confident to do this in the home environment, but may need extra support when out and about.

How to Support the Development of Communication

App2Vox is one of the leading autism apps on the market today, developed in conjunction with autism together and proudly supported by COMMITT.