A recent study by Boston University came to the conclusion that about 30% of people diagnosed as being on the autism spectrum, never learn to speak more than a few words.  When you start to look into the subject of how to communicate with a nonverbal autistic child though, you will soon see that at the moment there has not much research undertaken in the past and the thought processes of those who don’t speak aren’t really thoroughly understood. However, saying that, it is an area that is developing and more and more research projects are being undertaken and new technologies developed to help us to more fully understand nonverbal autistic people. 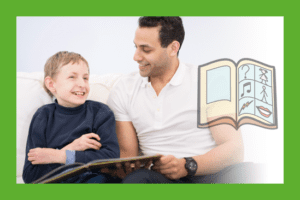 What is nonverbal autism?

If you are wondering how to help my nonverbal child to communicate, then there are things you can do. Some ‘nonverbal’ autistic people are able to learn a few words which they can use in a meaningful way, although they would not be able to carry out a detailed conversation. For example, if you asked them if they wanted to go anywhere they may reply ‘car’ as a means of saying that they want to go out, but they wouldn’t be able to say where it was that they would like to go.  Some other nonverbal people might learn language in a script like way as a way of expressing themselves as taught by their speech therapist, but if you deviate from the script they wouldn’t be able to continue. Many nonverbal people use digital communication devices, such as App2Vox, as a way of communicating, as it allows them to engage with the world without having to physically speak if they choose not to.

The short answer is no. Let’s take a closer look at IQ tests though to see why. If people take an IQ test and are scored 70 or lower then they are classed as Intellectually Disabled. In the past, most nonverbal autistic children were also therefore labelled as Intellectually Disabled as they tended to score lower than 70 on such tests. However, in recent years people have begun to realise that IQ tests are not the best way to determine how intelligent autistic children are – particularly in cases where the child is nonverbal. The reasons for this belief include:

This then leads on to the question of how the intelligence of nonverbal autistic children can be tested. In an ideal world, such a test would be based on both non-test related observations and nonverbal tests as well. More research needs to be done in this area though to fully understand the abilities of nonverbal children.

It may be that some nonverbal autistic children also suffer from a condition known as apraxia of speech, which is a neurological disorder that makes the use of language very difficult. But this doesn’t explain why those children who don’t have apraxia and are nonverbal don’t speak. Lots of research is being undertaken but there doesn’t seem to be a general concensus yet as to what is happening to brain functions to prevent speech development and what impact this has on individual patients.

Will a nonverbal child ever learn to talk?

A more popular word to use nowadays than the word nonverbal is preverbal, which indicates that yes, a nonverbal child can learn to talk. However, as each autistic child is different so their ability to learn language will be different – some may only ever learn a few words while others will be able to converse fluently.

How you can help your nonverbal child to talk

There are lots of different ways that you can help your nonverbal child to talk, and we discussed some of them in our previous post, however as we have stressed before, there is no guarantee that any of them will work on any child. Research has suggested that behavioural interventions, play therapy and speech therapy can all help have a positive impact on speech. Using a free digital app such as App2Vox may also be worth your while as your child will be able to communicate by tapping on simple images.

Some other ways to communicate with your nonverbal child include:

App2Vox has been developed in association with autism together, is proudly supported by Committ and is one of the most popular apps to help my child speak used by parents. To find out more about it could potentially help your child get in touch with our friendly and understanding team today on 0161 9747