The 2021 Virtual Grand National, proudly sponsored again by app2vox, the essential communications app for non-verbal and autistic children and adults, airs at 8pm on ITV4 on Friday 9 April from 9pm on Friday on the ITV hub and again at 1pm on ITV on Saturday 10 April. 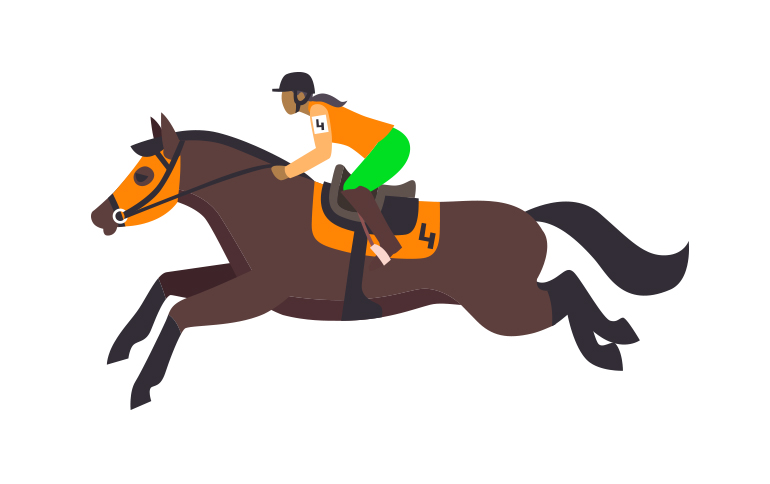 A meticulously researched computer prediction of what might transpire in the real race presented as a video that looks just like the real thing, the Virtual Grand National makes a great start to National weekend and gives us all the chance to support NHS charities by having a bet on the virtual race.

So what should you look out for in both the virtual and real races?

As with most races of any kind, the start can be critical. Get left behind at the start, and you face an uphill battle just to get back to the leaders. But the start is not everything in a race as long and arduous as the Grand National. Bob Champion, who famously won in 1981, recalls that he and his mount struggled for the first couple of fences before hitting their stride. Of course, a horse cannot win if it falls, and with the first fence often taken at high speed after a sprint from the start, there can be several fallers there, the record being 12 in 1951.

Becher’s Brook is jumped as fence 6 and 22 (the race is run over 2 circuits of the course). It is of note because the landing is between 6 and 10 inches lower than the take-off point, which can take both horses and jockeys by surprise. It is named after Captain Martin Becher, a jockey in the very first Grand National, who sought safety in the small brook in front of the fence after falling from his mount.

Fences 8 and 24 are the Canal Turn, where competitors must make a sharp turn to the left immediately after the fence. The temptation to try to start the turn before fully completing the jump can be too much for some searching for an advantage, but this can be perilous and lead to an off-balance landing or even a fall!

Jumped only once as fence 15, The Chair presents he opposite challenge to Becher’s Brook with the landing being a few inches higher than the taking off point. For the first few years of the race, a judge sat at this point in the course in the chair that gives the fence its name and declared any horse that arrived there after the horse ahead had finished the race as a non-finisher.

After all that, there can still be drama in the final run in and a close finish! So who will triumph in the virtual and real races this year, and will they be your pick? There is only one way to find out!

And if you just can’t wait for the 2021 Virtual Grand National, you can read more and watch last year’s race here.