One of the most common questions we hear here at App2Vox is “At what age do autistic children talk?” In fact, the lack of communication skills can be one of the early signs of autism that many parents notice, and talk to their doctor about when they are concerned with their child’s lack of development. If a child is on the autistic spectrum then it is really important that an accurate diagnosis is made as early as possible, to ensure they get the right treatment. However, it can be difficult to diagnose toddlers with autism, so any concerns about lack of speaking should keep as informed as they can about the causes of lack of speech.

Our first words tend to appear at around the age of about 12 months old, but up to 10% of toddlers can easily reach this age without even saying ‘mummy’ or ‘daddy’. Sometimes it can be thought that these children have Autism Spectrum Disorder but this is not necessarily the reason for a lack of speech. Other reasons could be hearing loss, intellectual disability, a language disorder or a speech disorder. It could also be a passing developmental stage, which the child will grow out of in time and which will have no lasting damaging effects on the child. In fact, the odds of a late talking child having Autism are actually only about 50/50.

Studies completed on late speaking children have shown that up to 70% of children who are not talking at up to 18 months of age do not have ASD or any other developmental issues. On the other hand, it is important to remember that this means that 30% of the children will have an intellectual disability, language disorder, speech disorder or some other condition which will require treatment. Therefore, no parent of a non-talking child should assume that their child will simply begin to talk one day. 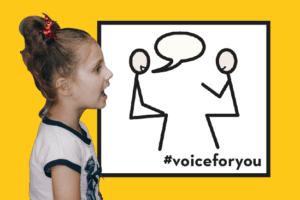 If you feel your child is late at talking then you should discuss it with their doctor as soon as you can, in order to rule out any medical conditions that may be causing this. You could also ask for help from a Speech Language Pathologist who have undertaken special training on how young children learn to talk and look at augmentative communication apps as well.  If your child is referred for an autism test then it is important to make sure that a diagnosis is given rather than just determining whether your toddler show signs of autism or not. This is because many toddlers throw tantrums, ignore their parents and refuse to respond to questions – whether they have autism or not.

If your child is diagnosed with autism, therefore, it is important that you ask a lot of questions about how the diagnosis was made, and that you get a thorough understanding of how the autism will be treated and what the diagnosis actually means. Every child with autism is different, and will have different challenges. Parents should always be an integral part of the treatment plan, as home-based treatments are often the most effective.

Some signs that a child has autism rather than just speech difficulties include:

As we have talked about before, helping a non-verbal autistic child to communicate is made easier if you make the activities play based, positive and nurturing.  Encouraging play and social interaction gives you lots of enjoyable opportunities to communicate with your child. You should make sure that you are at eye level with your child and in front of them as much as you can, so that they can see you and copy what you are doing.

Another way to help your child to communicate is to imitate them in a positive way. This encourages your child to copy you and take turns at vocalising and interacting with you. You can also focus on nonverbal communication such as eye contact and gestures in an exaggerated way. You should try and use both your body and your voice when you are communicating with them, in a way that will be easy for your child to replicate. Try and make sure you are responding to your child’s gestures as well, for example, when they pass you a toy.

You should also try and keep your language as simple as possible too as this will help your child feel confident in imitating your speech. You could start with single words, such as ‘ball’ and ‘roll’ and then once your child has picked these up start linking words together, such as ‘roll ball’. Once your child has picked up how to string two words together, then add another word to make a three-word phrase, and so on and so on.  It is also important to remember that your child also needs time to communicate as well – if you are always talking for them and not leaving them time to answer questions then they are not going to do it for themselves. Give them the opportunity to respond and watch for any sound or body movement.

You could also think about how to encourage communication with your child without interrupting their flow in what they are doing. As with the one word, then two-word example above, think about narrating what they are doing such as saying car and holding their toy car up. By talking about the things that your child is interested in, you will be encouraging them to learn the vocabulary. Assistive technology such as App2Vox can also be a great help as well. They do not take the place of speech, but encourage the development of speech while assisting the child to learn new words. App2Vox, for example, contains pictures that your child touches to produce words, which they can then imitate. They can also use the app to put words together in a sentence to help them communicate their wants and needs in a less-frustrating way than normal.

As you can see, the question as to what age an autistic child will learn to talk is hard to answer.  However, there are steps you can take to help them on their way, such as ap talks.  The best thing to do if you have any concerns is to talk to your Doctor or speech therapist as they will have lots of information to help you and can answer all of your concerns.