We developed app2vox as an alternative communication system as a way to enhance interaction for non-verbal people.

Communication plays a vital role in daily life, in fact some people think it is as important as breathing! It not only helps to spread knowledge and information between people, but it is also the foundation of human relationships. As you can see then, communication is really important. So imagine how difficult it is for those people who find it challenging – for example, people who have been diagnosed with autism. We developed app2vox as an alternative communication system as a way to enhance interaction for non-verbal people. 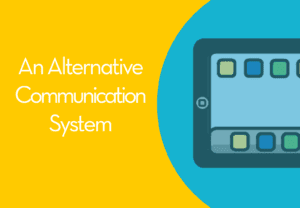 The National Autistic Society defines autism as: “a lifelong, developmental disability that affects how a person communicates with and relates to other people, and how they experience the world around them.” What this basically means is that they view the world in a different way to other people. It is not a disease and it cannot be cured, and it is what is termed as a spectrum condition meaning that people who are diagnosed as autistic may have the same difficulties, but they will be affected by them in different ways.

What are the signs of autism?

One of the main signs of autism is that those who have been diagnosed with autism often find it hard to communicate and also have problems with social interaction. Diagnosis is usually made before the child is three if they not babbling or making other vocal sounds. Other signs can include having difficulty with keeping eye contact, a lack of awareness or interest in other children, and finding it hard to understand other people’s feelings.

As we have said before, many people who are on the autism spectrum have difficulty interacting with other people. A lot of parents may ask ‘what are the signs my autistic child will talk?’ But it isn’t as straightforward as this, some autistic children are delayed in the development of their speech and some autistic adults may not use speech at all. This is not to say that they will not communicate with you at all, they may:

What are the stages of communication?

The Hanen Programme, a not-for-profit charitable organisation dedicated to improving the language and literacy skills of young children, has defined the four stages of communication as:

How to support communication development

There are ways that you can help to support the communication development of children, and adults, who have been diagnosed as being on the autistic spectrum, and these include: 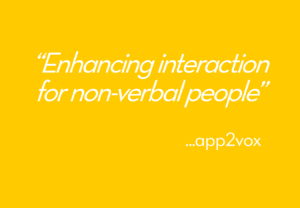 The app2vox app uses the picture exchange communication system (PECS) alongside clear captions and illustrations. PECS was developed in America in 1985, and it is based on a book entitled ‘Verbal Behaviour’ by B. F. Skinner and it consists of six stages.

The stages of PECS that relate to app2vox

Stages one to three of PECS are covered in our app with the use of clear universal illustrations. The app2vox app also allows users to take photographs of the childs favourite items and store them along with their name so that you can personalise the communication to the child.

app2vox was developed in association with Autism Together with the aim of helping autistic and non-verbal people to communicate and also to enhance their daily interaction as well.  Autism Together is based on the Wirral, but provides support all over the UK to people with autism and their families. One of their main values is to be person-centred in order to take positive actions that effect people’s lives. We wanted our app to be a more autism-friendly app than was currently available on the market, and we wanted it to be free so that it was accessible to all. Once we knew what people on the autistic spectrum needed from the app, we talked to CCL Digital who custom wrote the software for us. It really was a team effort, just like caring for a person who is on the autistic spectrum can be.

If you have any questions about our leading app, please call our dedicated and friendly team today on 0161 974 7400 or use the contact us form on our website and someone will be in touch.